"Attitude is everything" - Josh turns his life around

You are here: Our Community, Our Stories > General > "Attitude is everything" - Josh turns his life around 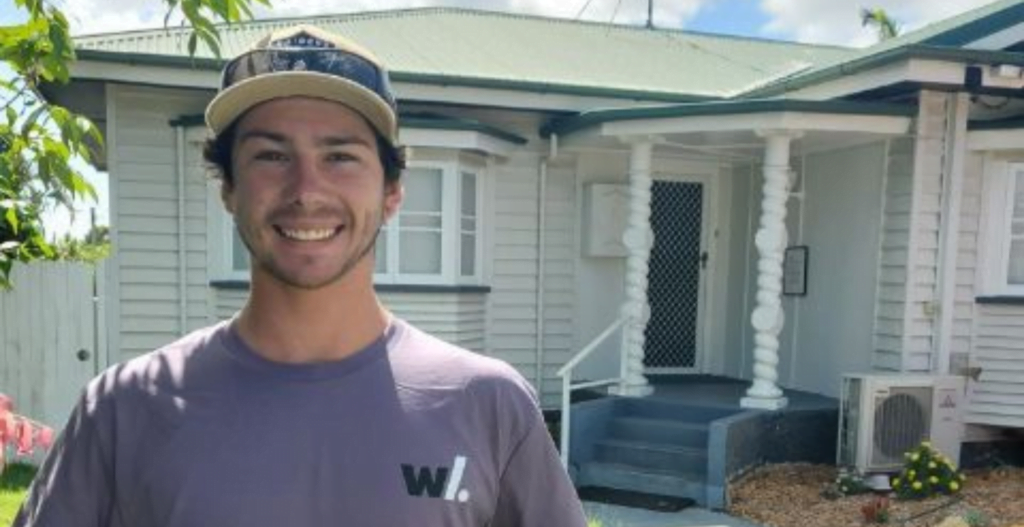 Bundaberg man Josh Bridge is proof that a positive attitude can change your life.

The 22-year-old has turned his life around from unemployment and homelessness with the help of the three local organisations, a positive attitude and sheer determination. He says help is available to those who need it, but you must take the initiative and ask for it.

Josh was a boilermaker apprentice but after going through some family issues he and his partner went travelling. When he returned to Bundaberg the couple found themselves homeless and Josh was unable to get work.

From then to now

When Josh couldn’t find work, Services Australia put him in touch with a job provider who then referred him to yourtown, a transition to work provider.

yourtown’s Business Manager Karla Jurczakowski said: “When Josh met with yourtown, Job Placement Coach Bradley Weymouth took the time to understand where he was at and where he was wanting to go on his journey with us.”

“Despite personal challenges, he had a clear direction on wanting to help people. Josh was referred to an IMPACT youth support program, where in addition to getting the support he needed, he was referred on as a possible candidate for a Certificate III in Individual Support – Disability.”

yourtown's Youth Worker Kylie Price assisted with obtaining Josh's Blue Card, Yellow card and a mobile phone, and the organisation also supplied a laptop to help with his continued study.

“When Josh was on placement, we kept in contact to ensure he had everything he needed,” Karla said.

“We were very happy in October when we were able to pay for his license, just in time to start his first paid shift.

"We are very proud of Josh and his resilience and perseverance, and while he has been too busy to keep in contact, knowing he is succeeding is fantastic.”

"We wish Josh and his family all the very best in his career and want him to know we are always available should he need support again at any time in the future.”

IMPACT Trainer and Assessor Gay Wilson said when she met Josh she was shocked that someone so determined, intelligent and approachable was unemployed and living out of his car.

“Once class commenced it was evident that he was keen to learn and heavily invested in the material he was studying. Thankfully he was able to overcome the negativity and disappointment from his previous life and move forward,” she said.

“Josh contributed greatly to class discussions and soon became a natural leader and mentor to other students.”

It was during his studies that Josh was introduced to Mike Hayman, Industry Lead at IMPACT. Mike said: “I met Josh as a student in the course. At the time he was homeless and there was a significant need for him to have employment to be successful and have a house. One of my contacts, Marie Blundell, was looking for someone at the time, so Josh went for an interview and blitzed it.”

Gay said she didn’t have to think twice when Without Limits Disability Support were seeking someone to fill a role – Josh was the perfect choice.

“I am very proud of the way Josh has turned his life around. He is now sharing a lovely home with his partner awaiting the arrival of their baby girl and living the life he has earned and deserves.”

Marie Blundell, Director at Without Limits Disability Support Services, said after hearing about Josh's living situation and gaining an understanding of his motivation, determination and work ethic, she couldn't wait to sign him up and hasn't regretted it since.

"To hear that Josh had gone through so much in life, was couch surfing and living in a car with his pregnant partner, and yet presented at classes, well dressed and willing and eager to learn, impressed me,” she said.

“Josh conveyed that he was determined to not go back and was motivated to give the disability industry a go because he realised that he wanted work where he could care for people."

“Already Josh is taking on responsibility for planning our Holiday Program and our Experiential Learning Weekends for young boys and has proved to be a very valuable employee.”

Josh was determined to not be a victim of his circumstances.

“I’ve had a lot happen in my life and I wasn’t in the best headspace. It was a really dark time for me. Getting into this course and putting all my determination and effort into get through the course and change my situation has put me in a better headspace”, he said.

“I’ve always had a positive attitude, despite all the tough times. You can only help yourself at the end of the day. No-one else is going to do it for me, so why wait? I’ve got to do it myself.”

Josh has recently completed his studies and now works 6 – 7 days a week. He is grateful for the services, support and encouragement that have been provided to him by IMPACT, Without Limits and yourtown.

“I’ve now got a house, my situation has changed from living in a car to living in a 4-bedroom house. It has been a full backflip, a complete 180. If it wasn’t for the services these guys have provided, I wouldn’t be sitting here today…. But you’ve got to reach out and ask for the help.”